In the thrill of exploring the world created by a player, no one would like to die because of some undead mobs or get bullied by other players in a multiplayer server. That’s why to protect yourselves and to prove you are the best; Minecraft furnished us with swords, one of the most popular weapons in Minecraft. To give a sword better durability and the ability to work better players enchant it with the best enchants available. Enchantment for swords is available in all versions of Minecraft.

Contents
1 Enchantments of Sword
1.1 Bane of Arthropods
1.2 Fire Aspect
1.3 Knockback
1.4 Curse of Vanishing
1.5 Looting
1.6 Unbreaking
1.7 Sweeping Edge
1.8 Sharpness
1.9 Smite
1.10 Mending
2 How to enchant
3 Advantage of Enchanting Sword
4 Conclusion
4.1 Smite or Sharpness: Which one is better?
4.2 How many enchantments can a sword have? 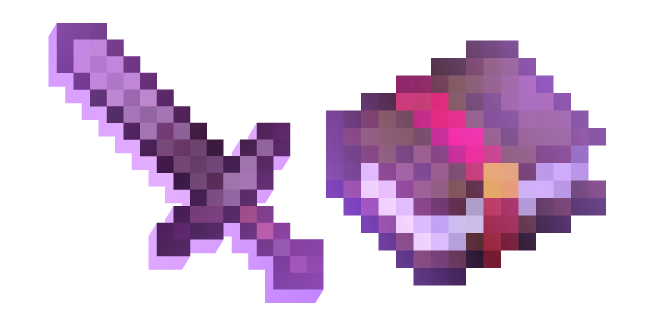 Increases the attack on cave spiders, bees, endermite, spiders, and silverfish. The Bane of Arthropods enchantment can help kill these mobs within one hit, making it easier in battle and quicker to kill them when needed. This Minecraft enchantment goes to level five. Its Minecraft ID is 18. Bane of Arthropods increases the amount of damage death to these types of enemies. The effect adds 1.5 (

) extra damage per level of every hit. You cannot combine Bane of Arthropods with Sharpness or Smite.

Being one of the most useful enchantments in Minecraft, it sets the target immediately on fire. It can have a power level of up to II. Its flames get extinguished instantly in water, but the enchantment is still on it. Fire Aspect adds 4 seconds of burning per level to the target. Meat-bearing animals drop cooked meat when slain. Its Minecraft ID is 20.

The Curse of Vanishing Enchantment lets you curse an item in the game. When an item is cursed with the enchantment, the curse items will disappear when a player dies in the game (instead of being dropped after the player dies). The maximum level of this enchantment is level 1. Its Minecraft ID is 71.

This is one of the best enchantments to have on a sword. Looting is a rare enchantment that lets a player get more drops from mobs and rarer mob drops. This is especially useful for players seeking rare loot, such as Wither skeleton skulls (+1%) and Ender pearls. It can have a power level of up to III. Its Minecraft ID is 21.

The Unbreaking enchantment increases the durability of the item a player is holding. This can make an item last longer than intended, which is great when in battle. However, the enchantment only goes to level three. Its Minecraft ID is 34.

A different way to attack enemies in Minecraft is with a sweep attack. This is done by sweeping downward with a sword, causing damage from above the enemy’s head rather than around the torso area. The sweeping edge enchantment increases the damage done by a sweep attack. Sweeping Edge is an enchantment for swords [JAVA Edition only].  The enchantment can only reach level III. Minecraft ID is 22.

This Minecraft enchantment can go from level one to level V. It is one of the useful enchantments. Sharpness increases the amount of attack damage dealt to a player or mob. You cannot combine sharpness with Bane of Arthropods or Smite.

This enchantment only works on the undead mobs. A weapon with this enchantment deals more damage to undead foes. This affects a large range of opponents: zombies, zombified piglins, skeletons, strays, husks, drowned, zombie horses, skeleton horses, zombie villagers, phantoms, zoglins, wither skeletons, and withers. It has a level up to V. It’s Minecraft ID 17.

The smite effect deals an extra 1.5(

) damage per level for every hit on undead mobs. You cannot combine Smite with Bane of Arthropods or Sharpness.10)

The Mending enchantment only goes to level 1, but it uses XP to mend tools, armor, and weapons, which are most useful, when in battle. It is also helpful when players are usable to mend or craft more tools. While it is one of the most expensive enchantments because it consumes XP, it is helpful, especially on a sword made of gold and diamond. It’s Minecraft ID 70. 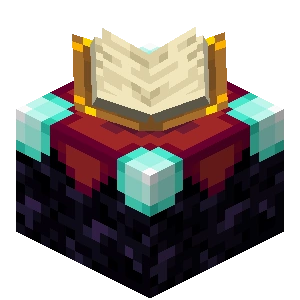 To enchant a not-enchanted sword we need lots of XP, an enchantment table, and lots of lapis lazuli. Total 15 bookshelves are put around with one block gap, maybe

Once the sword is enchanted we cannot enchant it more with the enchantment table.

We need anvil and enchanted books to combine them together. Enchanted books are available from villagers in exchange for emeralds.

In creative mode or LAN world we can use /enchant <playername> <enchantment> <level>.

When you’re playing Minecraft, have your sword enchanted with the best enchantments to gain advantages and benefits.

These enchantments used in a Minecraft sword may provide the best protection making it the most powerful weapon. Finding enchantment may take a bit of time but once it’s done no one is there to stop one from being the best.

Smite or Sharpness: Which one is better?

Although Sharpness is not as effective as Smite, as it does less damage, it is still the better enchantment out of the two. Smite is only useful when dealing with undead mobs.
Smite is not effective on other players, the Ender dragon, spiders, or other non-undead mobs. Sharpness is effective against all mobs, not just undead ones.
Since Smite would be useless when fighting other players or other mobs besides the undead. Since players can only choose one, Sharpness is the best choice.

How many enchantments can a sword have?

A sword can have enchantments like sweeping edge, unbreaking, mending, looting, knockback, fire aspect, and curse of vanishing (which is useless). Along with all these enchantments we can add either smite or sharpness or bane of arthropods, because these 3 enchantments are not compatible with each other.

How to change the background in Discord