The South Korean giant, Samsung is currently working on its first pop- up camera smartphone. It is not yet confirmed what the company will call it, but the photos leaked by @Onleaks shows that the phone has a single pop-up camera on the top just like the one from Oneplus 7 pro and other Chinese smartphones.

Usually, Samsung comes up with a curved structure on its top-notch models, all things considered, this new smartphone will be a piece of the Galaxy A-Series. Obviously, we don’t have affirmation on this. What we can be sure of is that the smartphone will have three cameras on the back, a full-screen configuration like the greater part of Samsung’s other A-Series smartphones and a unique mark sensor at the back.

ADVERTISEMENT
This smartphone is additionally somewhat curved close to the edges on the back, which is something else that has been regular on the Galaxy A-series.
This is what we could infer from the photos leaked:

Samsung hasn’t announced the official launch date due to the Pandemic all over the world. So we will have to wait till they announce a solid date. 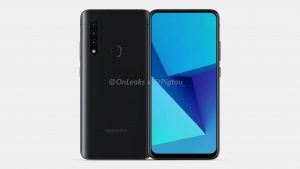 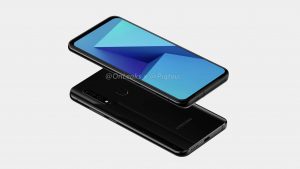 All these images were taken from Pigtou.