Another device in the Asus ROG gaming phone series is leaked in the market. The design and the features seem promising and users might just get what they want. The question is, will it compete with the flagships in the market?

This comes days after the smartphone passed through the EEC certification and people came to know that the device will be available worldwide. Being a successor to the ROG series, the Asus ROG Gaming Phone 3 will be another huge bonus for the company.

The leak was confirmed by a known leakster Digital Chat Station and the device packs a pretty good deal. Overall the looks resemble the Black Shark by Xiaomi but still look solid. The ROG logo on the back has RGB and can be changed in the software. This was confirmed by a video surfaced on the platform Weibo where the leak was spotted.

Coming to the specs, the Asus ROG Gaming Phone 3 packs a 6.59-inch FHD+ display and the refresh rate can be either 120Hz or 144Hz along with an OLED panel. The number of rear cameras has been increased to three including a 64 MP primary sensor and the front being a13 MP. The phone is a gaming-based so there’s no doubt the device will not have high-end camera capabilities.

The device is powered by Snapdragon 865 SoC along with 16 GB of RAM and 512 GB of storage. The processor was seen crossing the 3 GHz mark so there’s no doubt the performance capability of the device will be powerful. The device will pack 6000 mAh battery supported by 30W fast charging. The Asus ROG Gaming Phone 3 will be 9.85mm thick and will weigh just 240 grams. 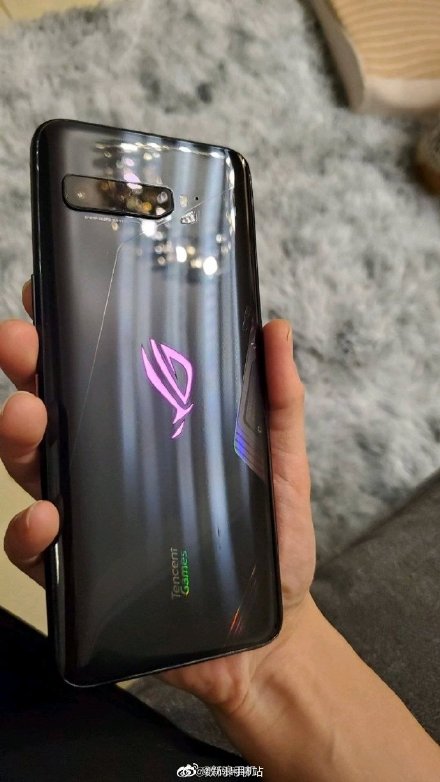 The major change in the design was spotted on the back with the Tencent Games logo which probably means that Asus has partnered with the popular mobile game developer’s team to build this device. No doubt the game will have the best results for the users on this particular device.

There’s no update about the pricing of the device but the CEO said a couple of days ago that this will launch in the second quarter of this year. Users can expect the device to hit the market soon although the sales might take a little hit considering the people of multiple countries are against the products made by China.

Best Smartphones under ₹20000 in India!

Best Smartphones under ₹20000 in India!